Is Uranium Used In Electric Cars? Truth Vs Myth 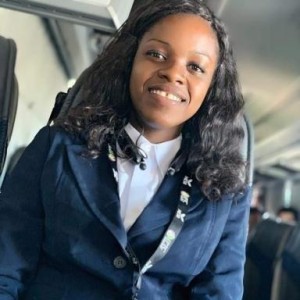 Although nuclear energy can be used to generate electricity for the power grid, and subsequently, this generated electricity powers electric cars, be aware that Uranium fuel itself is not used in these cars.

Uranium As a Source of Nuclear Energy

Uranium is a metallic chemical element that occurs naturally in low concentrations of soil, water, and rock. It can be mined using the open pit technique or underground excavations. It is no news that Uranium is a clean energy source, widely utilized by nuclear plants for energy generation. How does Uranium generate energy? Now, when Uranium atoms are split, they release a huge amount of heat energy that can further be used to generate electricity in nuclear power plants.

Although Uranium is a nonrenewable energy source, it is abundant and commonly found in rocks worldwide. Is the energy generation process safe? Uranium produces a by-product termed “radioactive material” and it can cause harm to the environment because of the unstable nuclei they carry and their toxicity. This waste has to be properly managed as there are lots of health disasters associated with radioactive waste such as cancers, bone decay etcetera.

Is Uranium used in electric cars as a source of nuclear power? No.

As earlier mentioned, it is theoretically possible to use uranium as a source of nuclear power for cars, but it would not be practical or efficient. The energy source, Uranium, is used as a source of energy for nuclear power plants where it is utilized to generate heat and steam to power a turbine, and essentially generate electricity along the line.

Introducing Uranium into electric cars would prove inefficient as a small quantity of nuclear power would be insufficient to generate enough power for the vehicle, alternatively, if a much larger source of nuclear power is generated, it could lead to disastrous occurrences. For electric vehicles, it is recommended that powerful, compact, and safe energy sources be utilized. This is where electric batteries come in. Powerful, compact, and safe!

Another point to note here is the cost of introducing nuclear energy (uranium) as a source of energy for electric cars. The cons actually outweigh the pros and so it is advisable to stick with what we know, for now. Subsequently, there may be improvements in batteries for electric vehicles but for now, Uranium is not used in electric cars.

READ ALSO: Can You Use A Marine Battery In A Car?

Advances Toward The Use of Nuclear Batteries for Cars

While the primary power source for electric cars is currently batteries, there has been researched into using nuclear power as an alternative. A nuclear battery, also known as a radioisotope thermoelectric generator (RTG), would use the heat generated by the decay of radioactive material, such as plutonium-238 or uranium, to generate electricity. This electricity would then be used to power the electric motors of cars.

The concept is that the heat generated by the decay of the radioactive material would be constant and so, an RTG could potentially provide a reliable and long-lasting power source for a car. Nuclear batteries (RTGs) could provide long-lasting power and would require low maintenance but it still comes with the disadvantages aforementioned: cost and environmental impacts.

Besides, there is still one more challenge and that is “ developing a compact, lightweight, and safe design for a nuclear battery that can be used in a car efficiently”. Overall, the research in the field of nuclear batteries for cars is still in its early stages, and there is a long way to go before this technology becomes practical for use in automobiles.

What about Tesla? Are they jumping into this new technology as well? Let’s find out now.

Tesla is known for its electric cars and these cars are usually powered by lithium-ion batteries. The company has, for some time now, been working on developing its battery technology to improve the range and, of course, reduce the cost of Tesla EVs. Further research in the area of Powerwall and Solar Batteries technology has also been in process, but there has not been any known development on Tesla researching nuclear power and nuclear batteries. This implies that the “Tesla nuclear battery doesn’t exist”.

It is quite possible that Tesla may be carrying out research, but nothing has been publicly announced or confirmed. In any case, the development of a practical and safe nuclear battery for cars would require significant technical challenges to be solved, as earlier mentioned. This means that it would be many years before a nuclear battery for cars could become a reality.

Click here to run a VIN check and here to generate a window sticker.

Myths and Misconceptions on Nuclear Energy

There are a few myths and misconceptions about nuclear batteries that have been circulating in popular culture. In this section, we will be analyzing these myths.

Nuclear Batteries Can Cause Nuclear Meltdowns

One myth that we hear everywhere about nuclear batteries is that they can cause nuclear meltdowns, similar to a nuclear power plant. This, however, is not true. Nuclear batteries utilize small quantities of radioactive material, such as uranium and plutonium – 238, to generate heat. Observe that the key word here is “small” and they are not enough to cause a meltdown, not even close. RTGs are also designed to withstand extreme environments such as the cold temperatures of space.

READ ALSO: How to Detect Odometer Rollback on a Used Vehicle?

Nuclear Batteries Pose a Significant Risk to Health and the Environment

Is uranium used in electric cars? Well, while it seems theoretically possible to introduce uranium as an energy source for electric vehicles, we should note that it is not practical or efficient, yet.

Nuclear batteries or RTGs are not designed or intended for general-purpose use or as a power source for cars. Instead, they are intended for specific mission-critical applications where other power sources are not practical and the weight and size are not as critical.

PrevPreviousHow To Use AC In a Car During Rain? (Explained)
NextCan I Use a European Car Seat In the US? Truth RevealedNext